How To Throw A Baby Shower 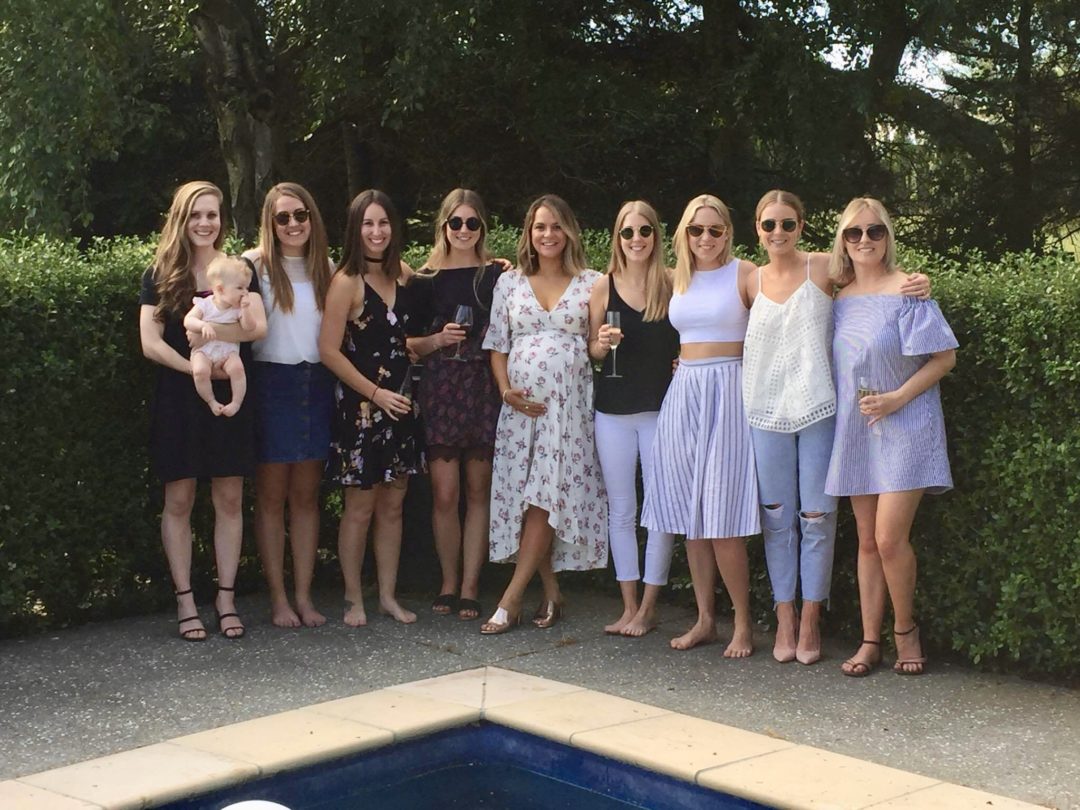 Prior to being pregnant i’d attended only one baby shower many years ago so i really had no idea what it was all about or how to throw one!

Luckily for me i was absolutely spoilt and ended up having a surprise baby shower thrown for me in Queenstown by my lovely friend Jo and a second one in Christchurch that my close girlfriend’s Kelly & Caitlin offered to host. 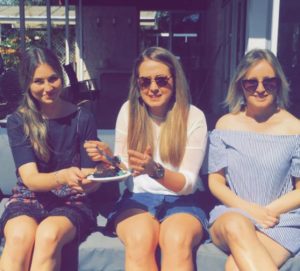 The Beautiful Hosts Kelly on left, Caitlin on Right

The shower was such a hit that i asked the girls if they would mind sharing their expertise.

This is for a soon to be mum or their friends who will be hosting a baby shower and like myself have no idea what to expect or how to throw one.

Both of the days were so special in their own ways and i felt so overwhelmed by everyones love and generosity.

C & K: We chose to host the baby shower at home rather than a venue so that it could be a bit more relaxed for everyone, and so that we could add our own personal touches to the day.

This also allowed us to save money in this area and redirect it into the food and decorations to again make it more personal for the mum to be and her special ladies.

We were fortunate that the venue was an open and spacious one with good indoor and outdoor spaces, just in case the weather didn’t go in our favour! With an early December baby shower it could have gone either way for us, but we were lucky that the sun came out and the afternoon was a great one. 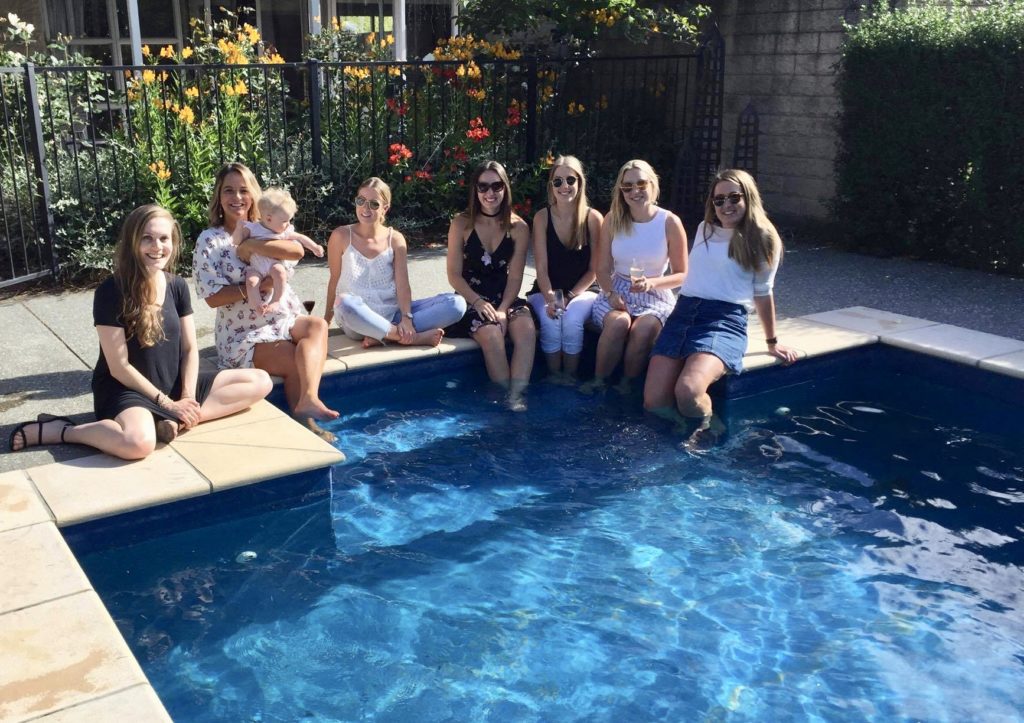 W: For those unable to host at a house i suggest booking a table at a favourite restaurant of hers or even seeing if they have a private room available at no cost if food and beverage is purchased on the day. This was what Jo did for my Queenstown shower. 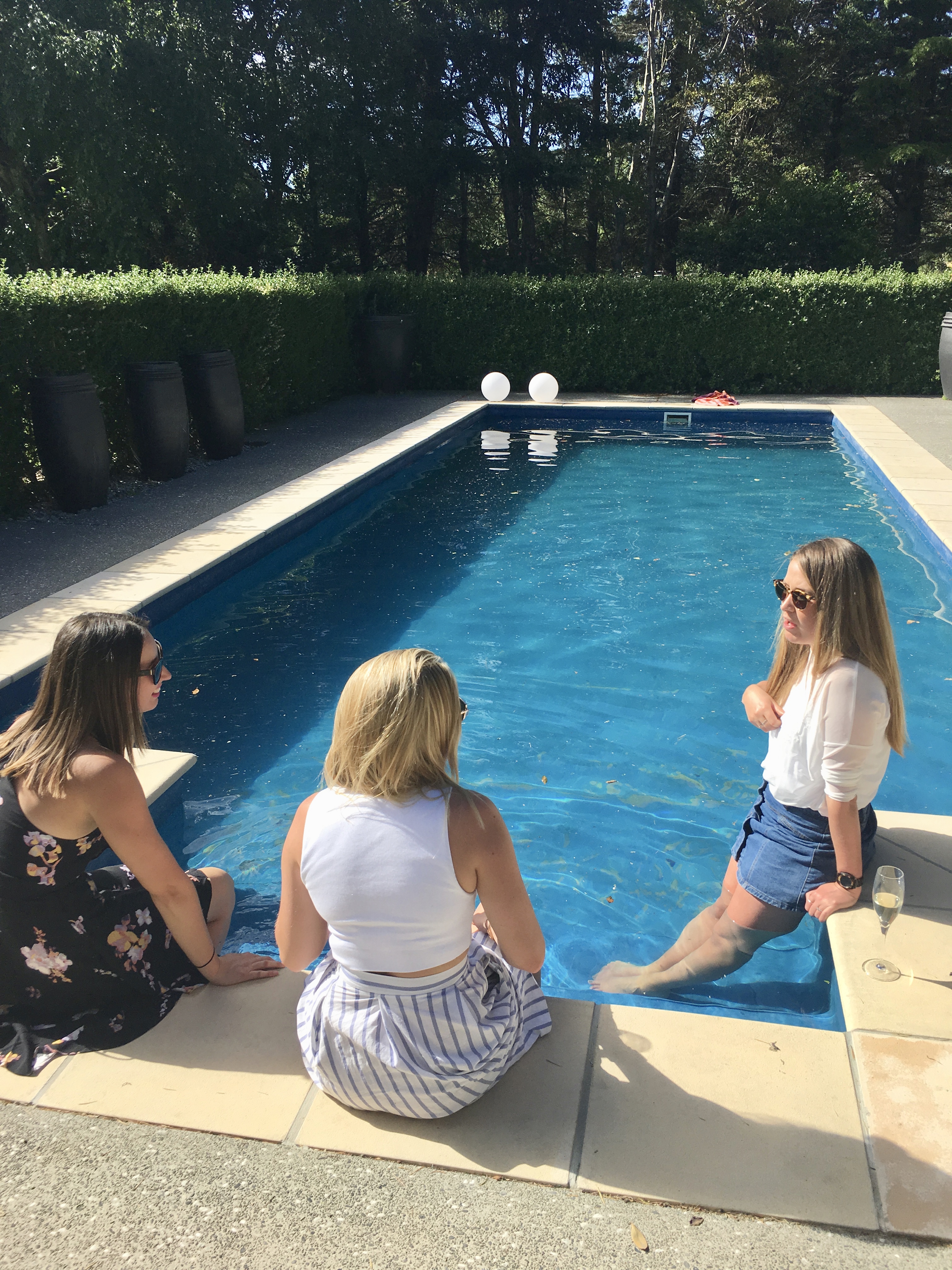 C & K: We were fortunate to have great direction from the mum to be as to who she’d like invited. With approximately 30 attendees this was a good size group, made up of close friends and family. For us it was important to get the date out there nice and early so we created a ‘save the date’ facebook event initially, followed by individual invitations in the mail.

We wanted the invites to be a bit more special than just a facebook invite!

W: The girls did such a great job inviting everyone on time and the invites were absolutely adorable.

The website used was Zazzle.com.com the girls advise to order well in advance because the first order was designed and lost in transit. They were really good about it and sent another out ASAP and they were perfect.

C & K: We wanted to keep things simple with food but also have one item with a bit of flair! Basic cheese and cracker platters were a given, but for something a little different we went with homemade ice-cream. After much deliberation and refining our ideas down to only two flavours (we were over ambitious at first thinking 4-5 would be a good idea!) we settled on mint chocolate chip and hokey pokey, with waffle cones dipped in chocolate and sprinkled with coconut. With the afternoon turning out to be particularly hot, the ice cream turned out to be a hit! (Recipe Below, you can thank me later) 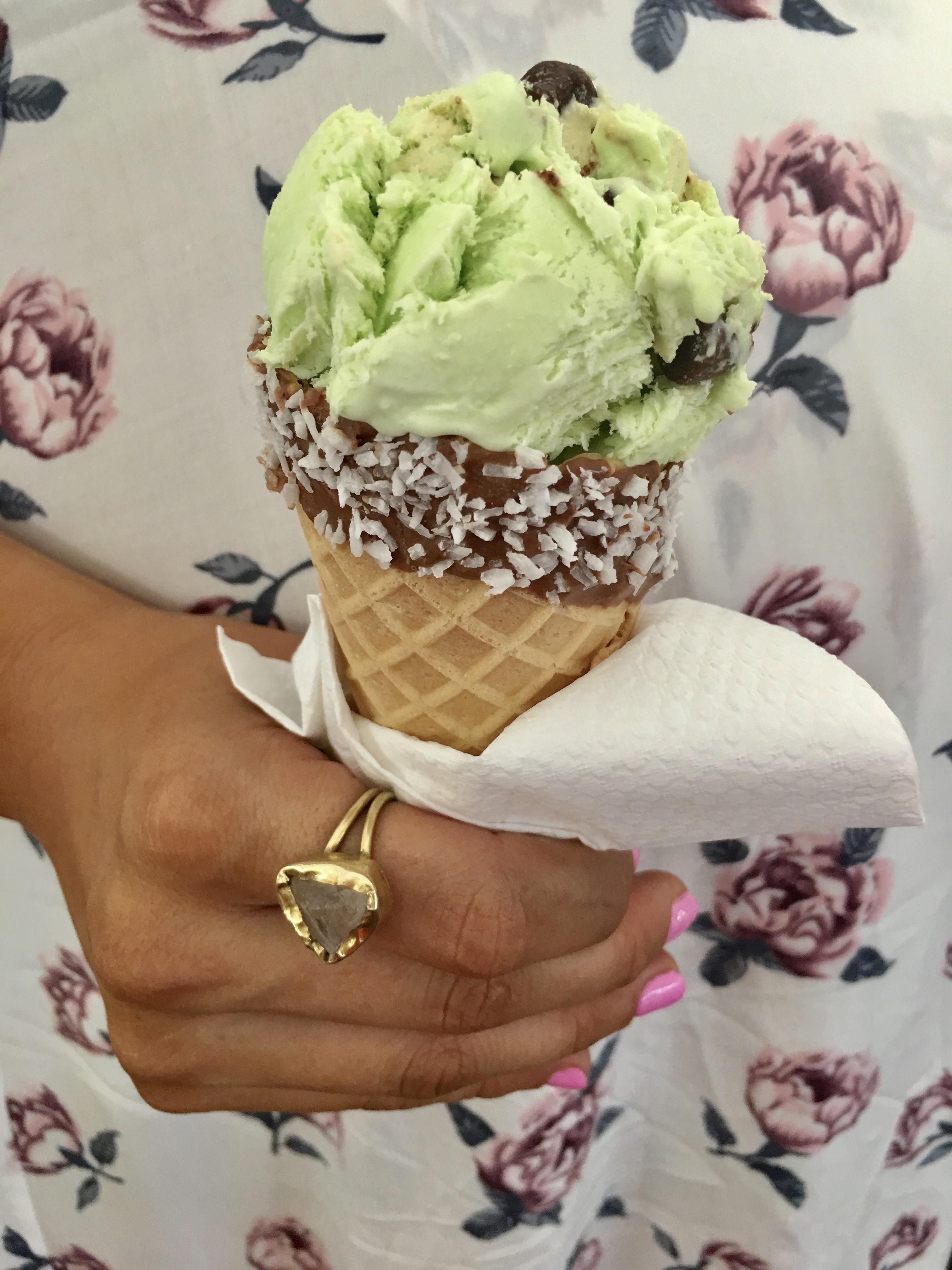 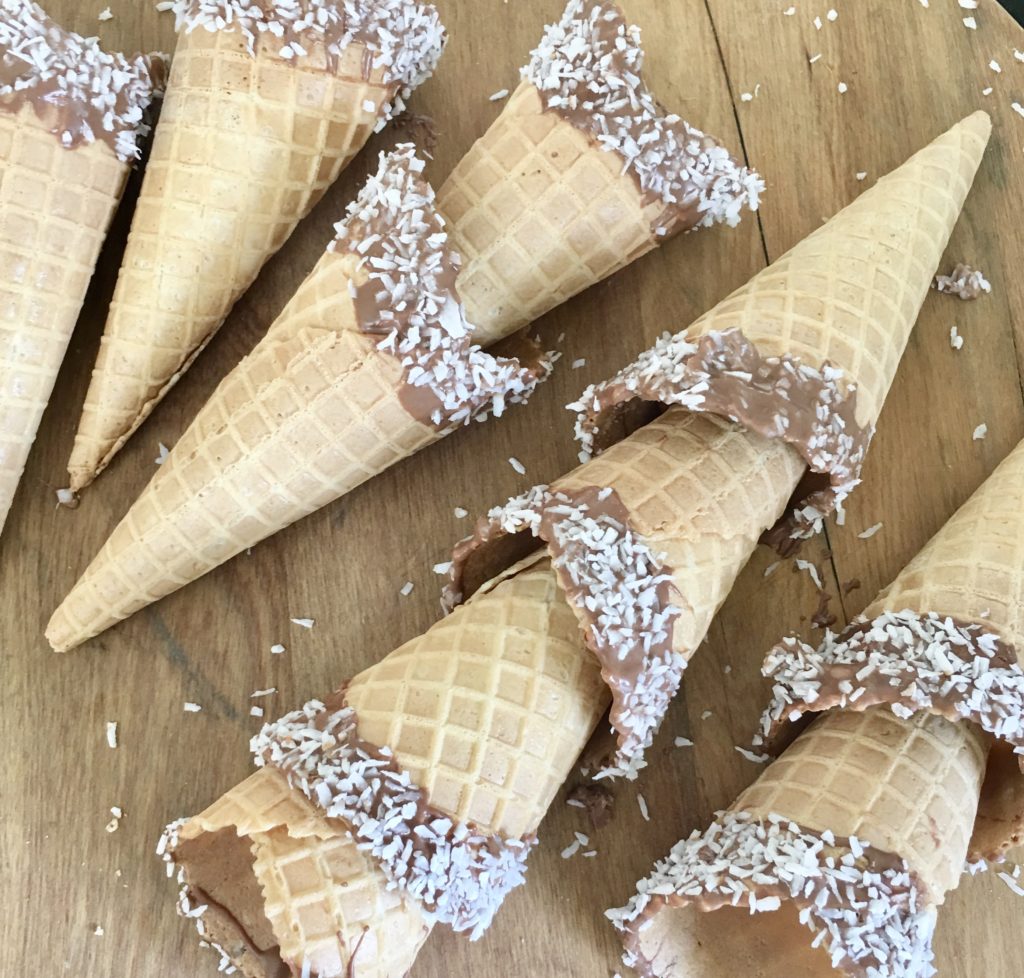 Beat cream but not too thick.
Fold in condensed milk.

Put crunchie bars in plastic bag and smash them into smallish pieces but not dust!

Choose a nice serving bowl and pour mixture in. 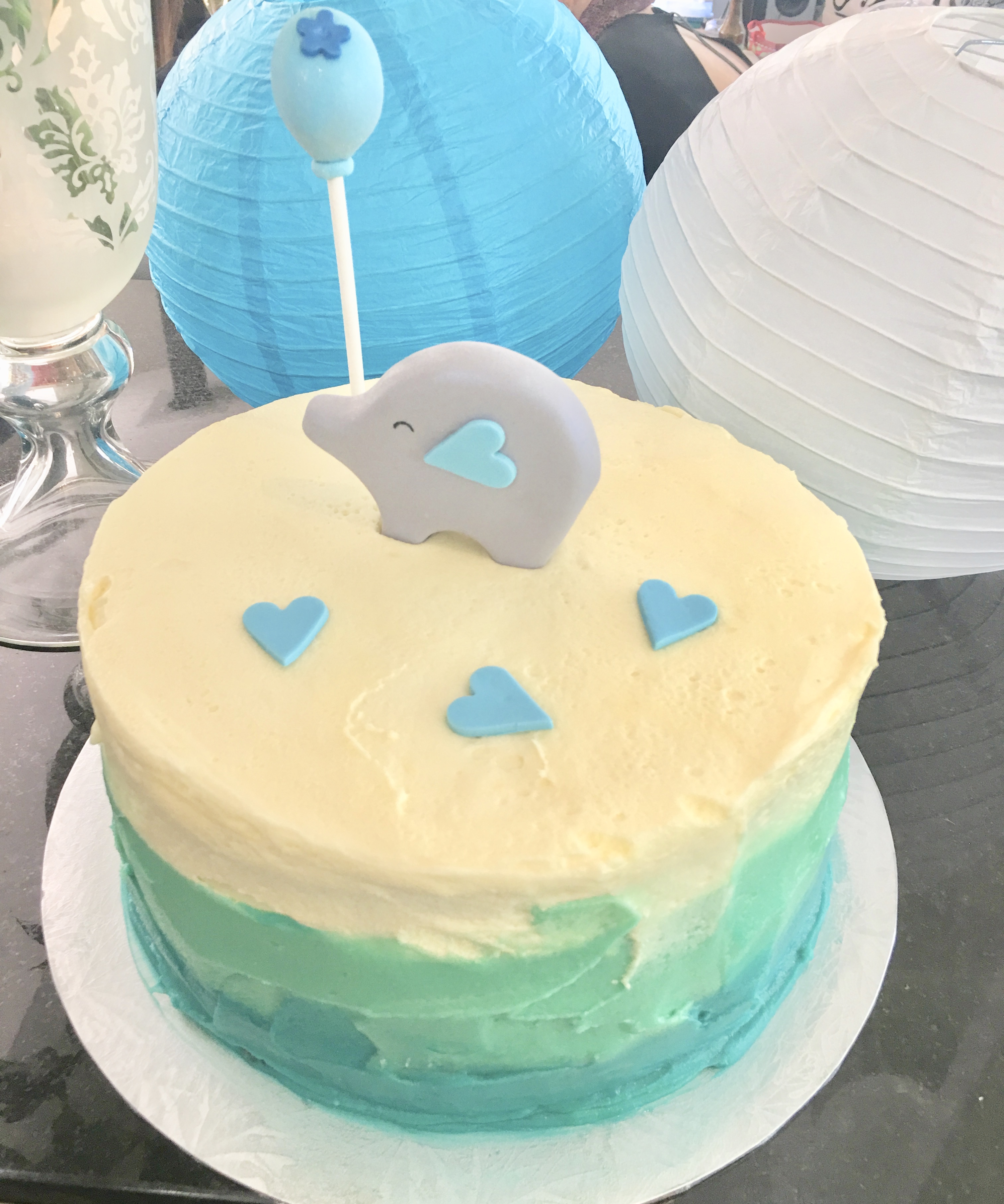 C & K: The décor we kept pretty low key and followed a ‘less is more’ theme, with little items that we hoped the mum to be would like. It’s easier if you know the baby’s gender so you can follow a colour theme, but if not there are plenty of simple and inexpensive ideas that are effective like balloons, fairy lights and flowers. A nice touch to add is blow up silver or gold letter balloons spelling out ‘baby’, ‘boy’, ‘girl’, or something similar. 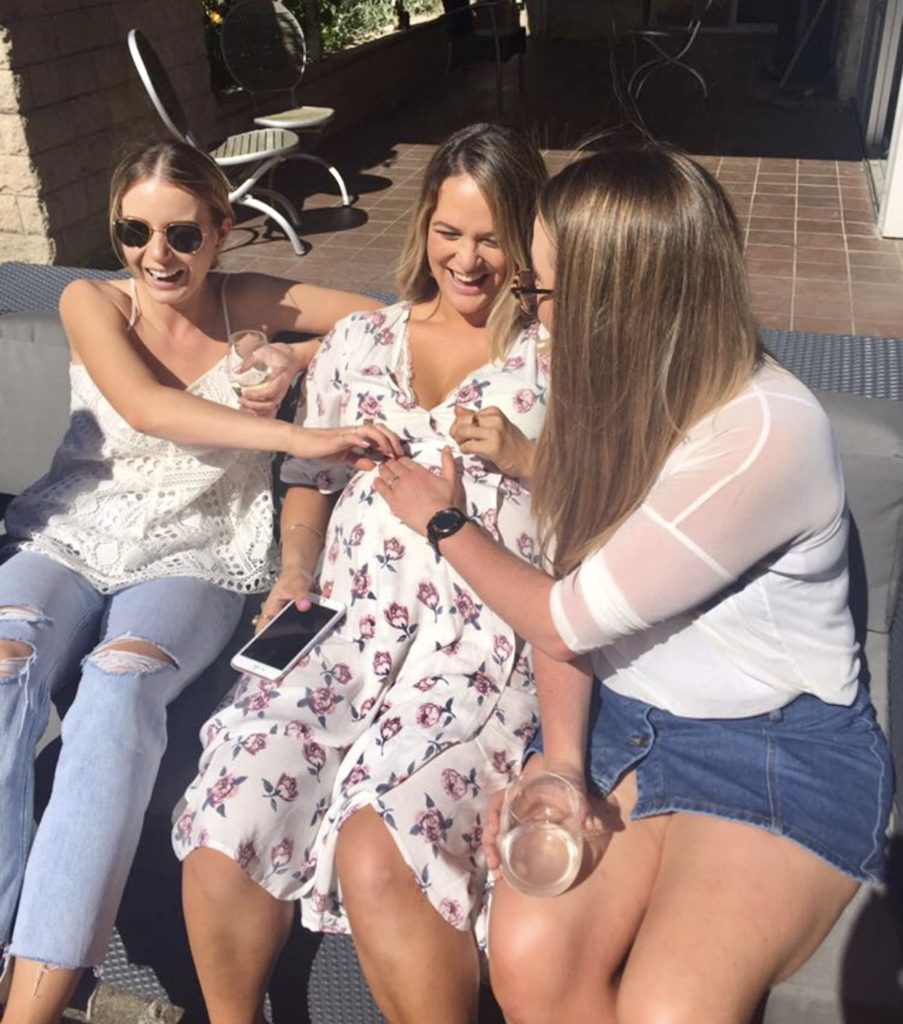 C & K: Games are a must have for any baby shower, but we didn’t want to overwhelm the guests with too many that would put them out of their comfort zone. We stuck with basic games such as ‘guessing mum’s waist circumference’, ‘guess baby’s weight and birth date’ and ‘number of lollies in the baby bottle’ to keep the guests entertained during the shower. 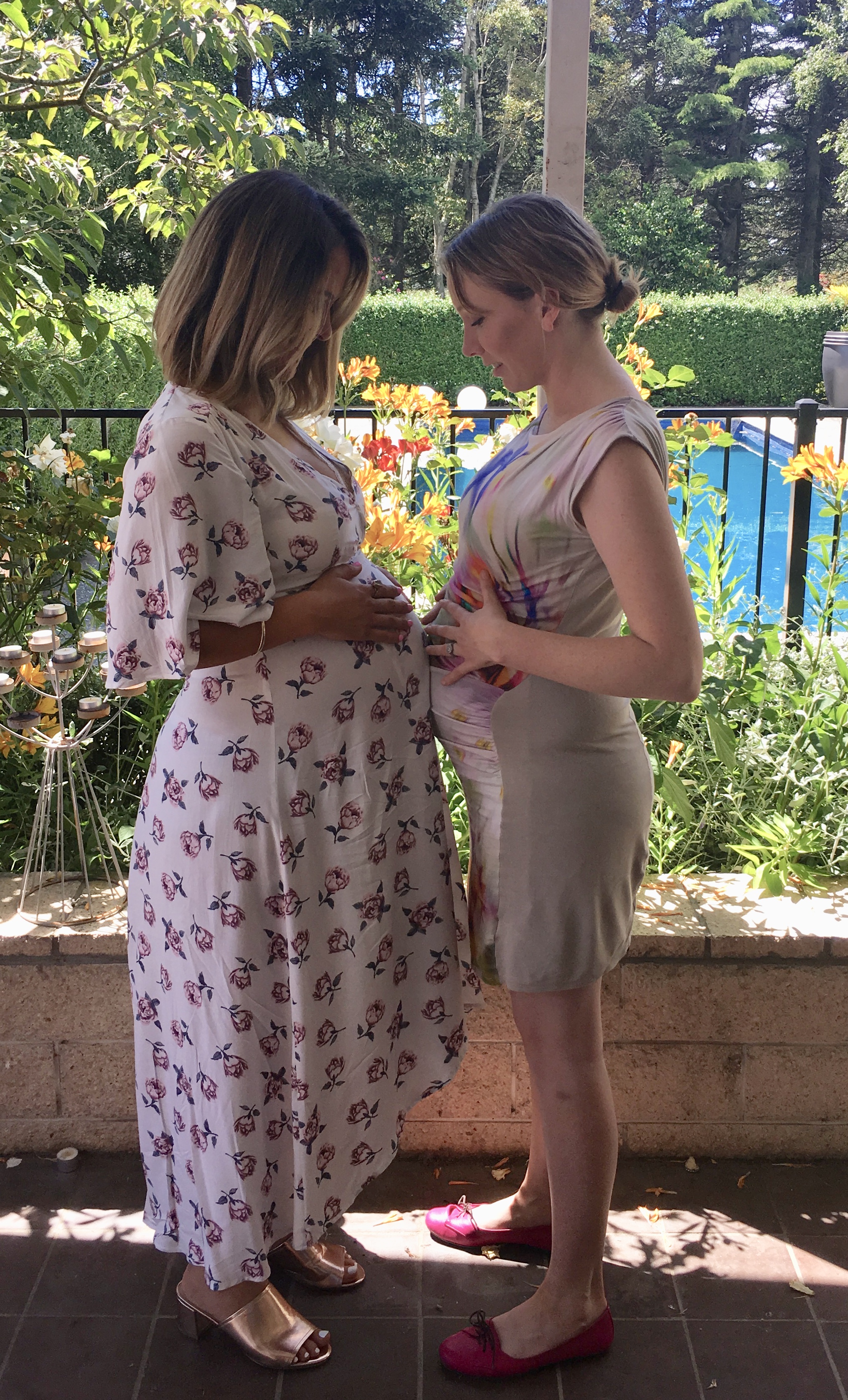 The highlight for us (and hopefully the guests and mum to be!) was a video of the dad to be answering a series of questions about mum’s pregnancy so far, the birth, and the baby. The game was structured that we would ask the question to the mum to be, see what her answer was and then play the answer of the dad to be. What came out were some quality responses from both, some that generated a few laughs and some that pulled at the heart strings a little!

W: This is an understatement, the video was hilarious with questions asked like, When was the baby conceived and where? What will Whitney want her son to grow up to be? Who will be the strict one? All very entertaining questions…. Even if i was sitting next to the baby’s grandmother discussing the night the baby was conceived haha.

Followed by, What has been the highlight of this pregnancy for you as the soon to be Dad? To which his response was overwhelming and i don’t think there was a dry eye in the house. 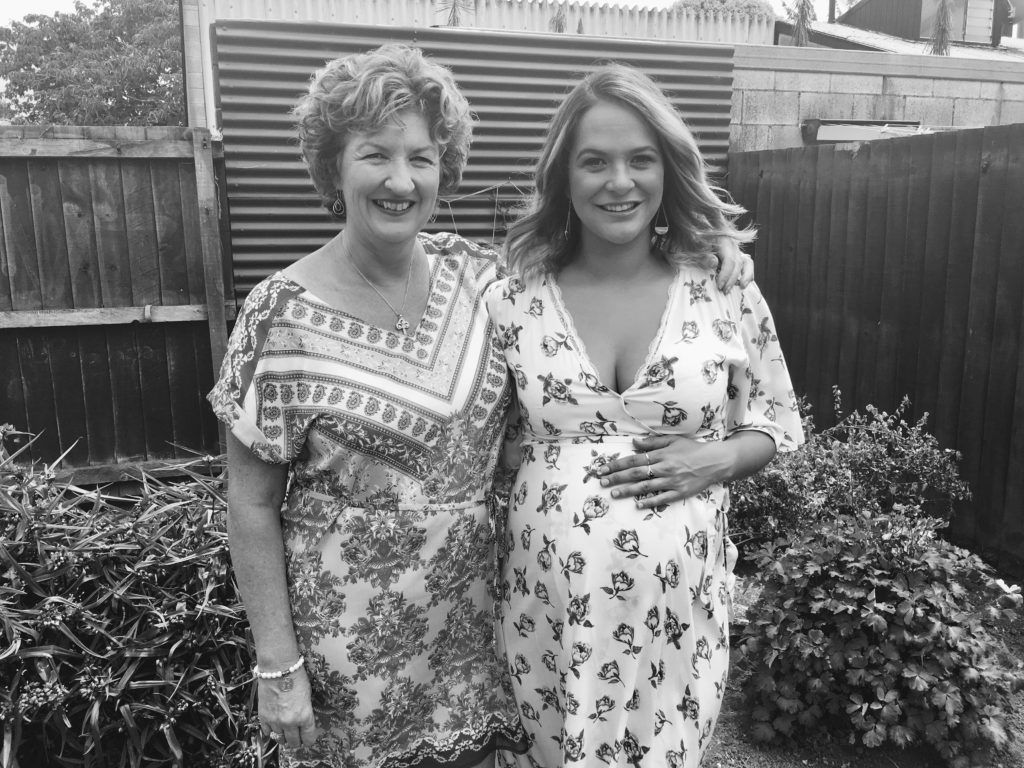 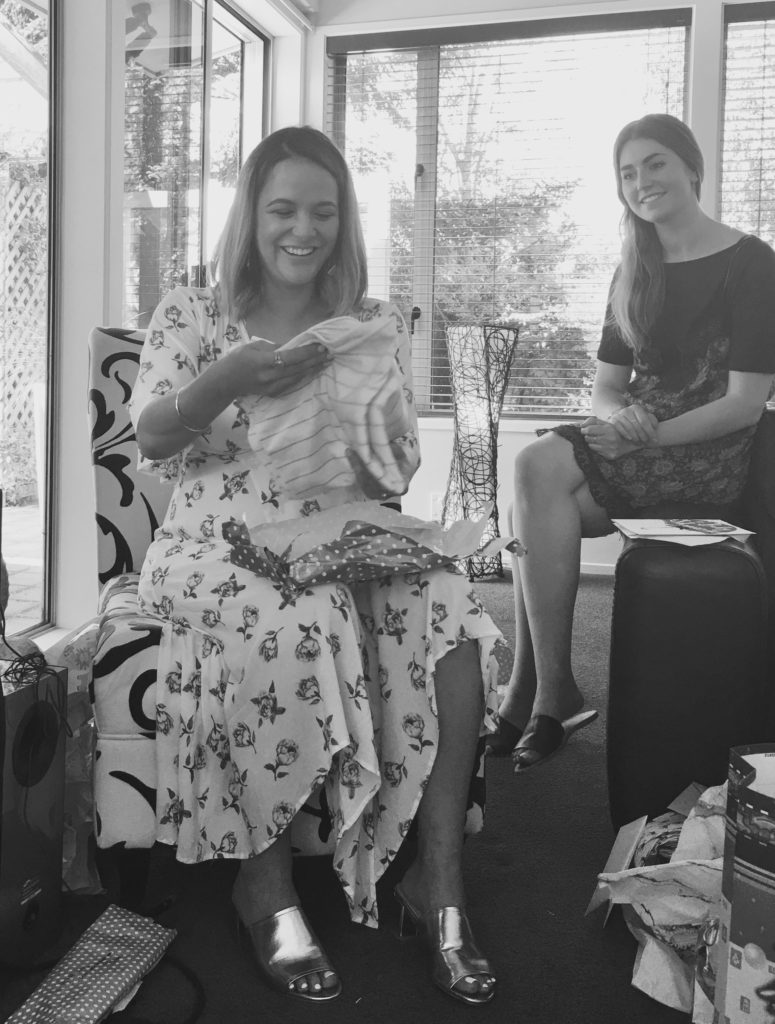 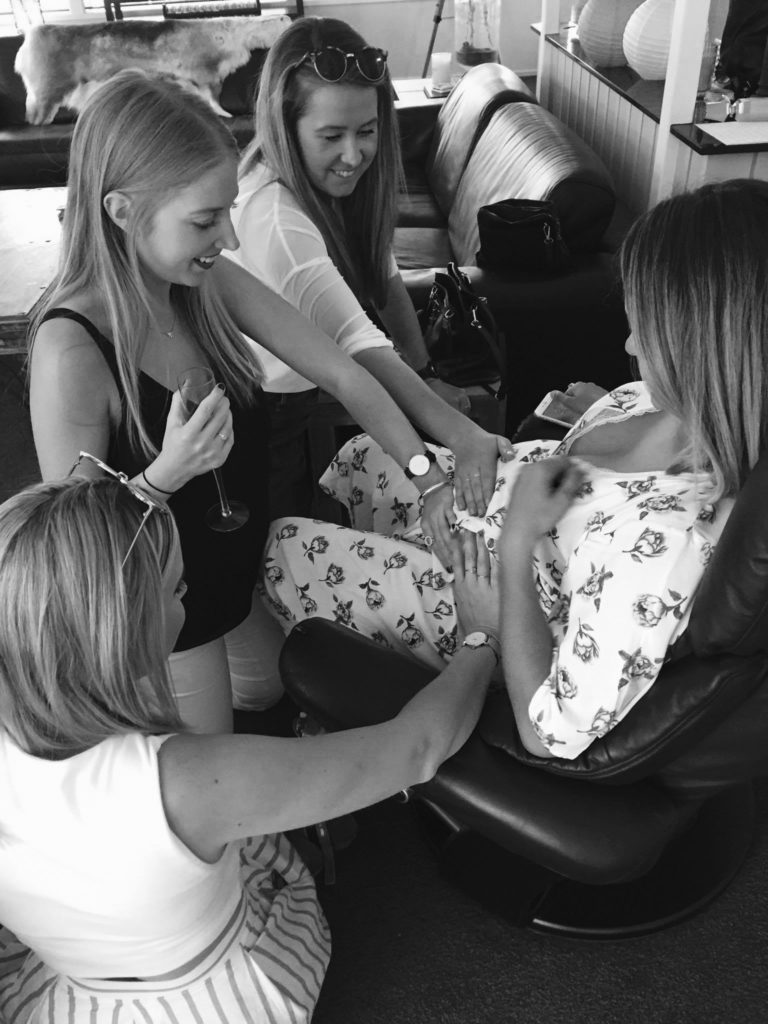 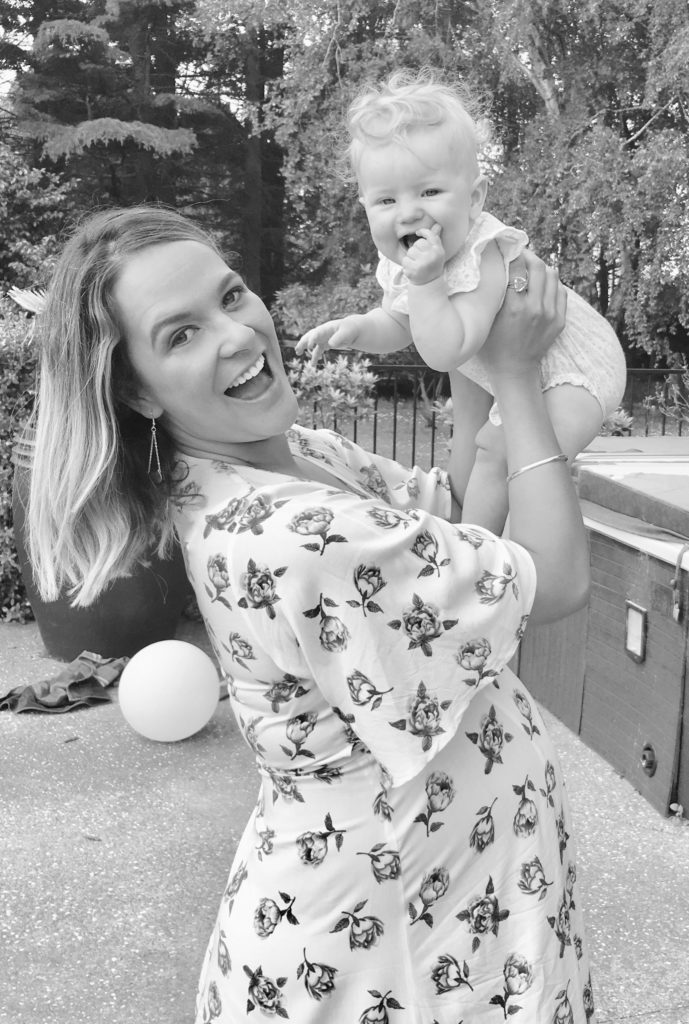 ANY OTHER TIPS
C & K: Keep things simple in terms of your theme and games, but add a few personal touches that you know the guests, and particularly the mum to be, will really appreciate. Personalised is always better than generic too!

W: Don’t overdo the games there is nothing worse than sitting through tedious hours of games. 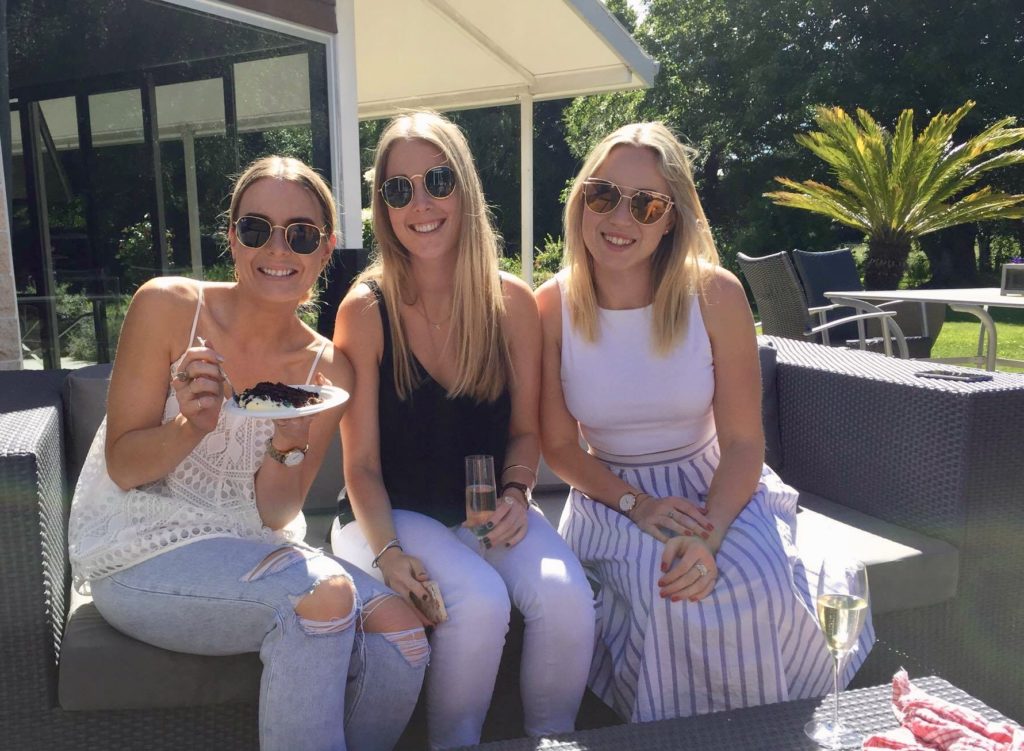 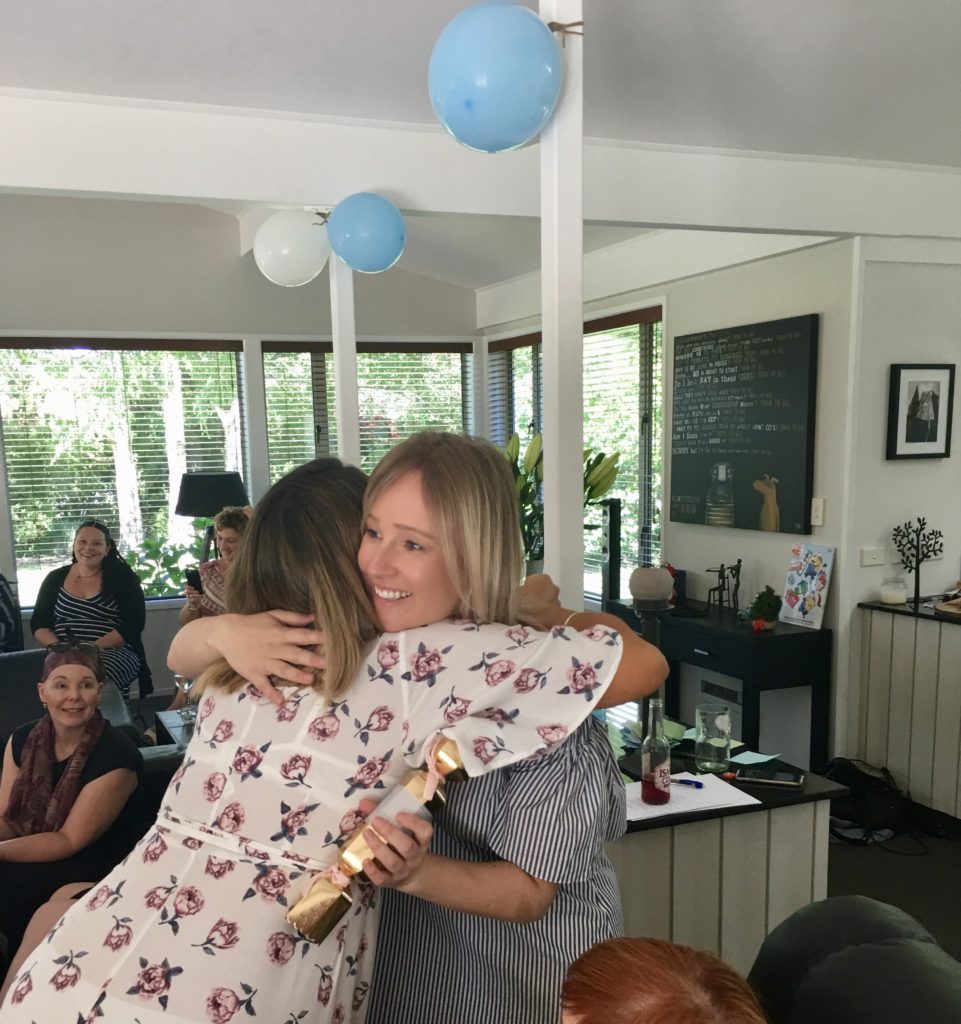 Both baby showers were so special and will be remembered forever. Mason is a lucky lad to be surrounded by so much love. Hopefully the girls provided you with some great tips and your day is just as fabulous as both of mine were 🙂 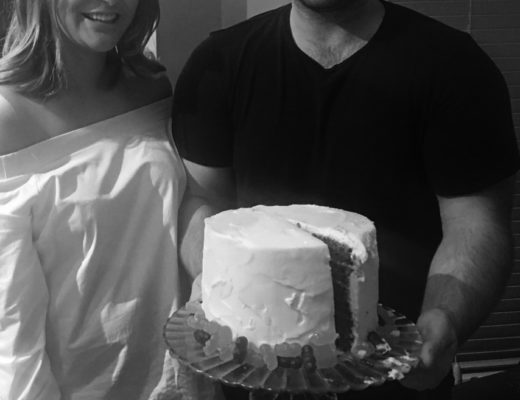 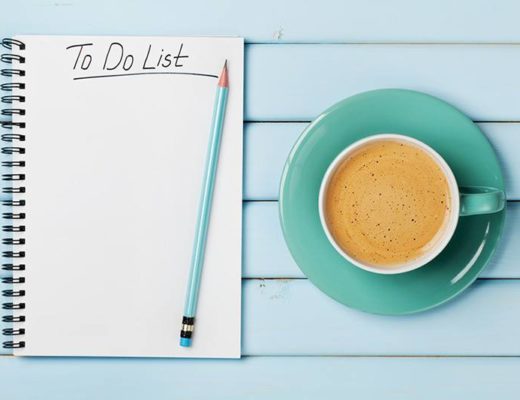 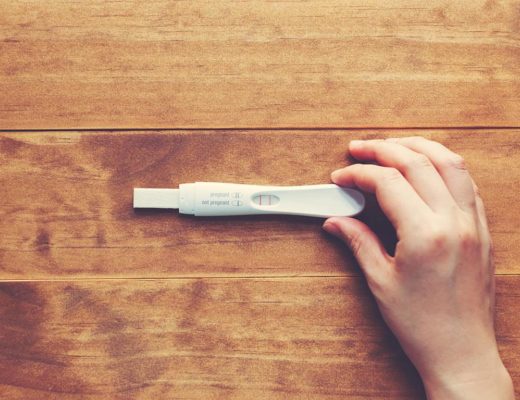